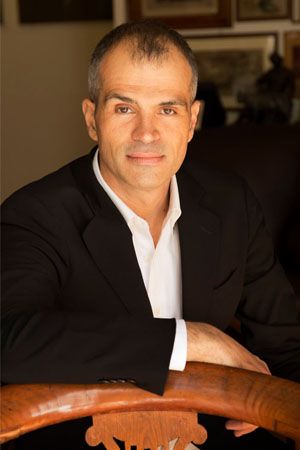 Born in Cagliari (Sardinia) and graduated from university having specialised in “Contemporary Art History”, defending his diploma about works by the renowned theatre designer Piero Tosi. Has worked as an assistant in the Tirelli workshops in Rome, an important artistic laboratory involved in researching and creating historic costumes which has been led by Piero Tosi, Gabriella Pescucci and Maurizio Millenotti. The designer’s numerous awards and prizes include the Chioma di Berenice international cinematography prize in 2000 for the costumes for the melodrama Rosa e Cornelia directed by Giorgio Treves.

In 2003 the film Angelo Nero by Tinto Brass brought Lai the Nastro d’Argento award, which is presented by the national association of cinematographers of Italy.

In 2010 he was nominated for the prestigious Italian arts award – the David Donatello Prize – for the costumes for the film Loose Cannons (directed by Ferzan Özpetek). Alessandro Lai is currently involved in a RAI TV project which will see the release of the 2016 TV series Medici – Masters of Florence starring Dustin Hoffman. Works in opera include Il matrimonio inaspettato (2008), Simon Boccanegra (2014), Suor Angelica (2015) and Luisa Miller (2015) directed by Andrea De Rosa, Aida (2011) and La traviata (2012) directed by Ferzan Özpetek and Orfeo ed Euridice, Dido and Aeneas (2013) and Manon Lescaut directed by Chiara Muti.