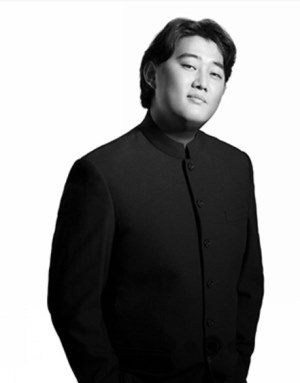 Bass-baritone Shenyang embodies a 21st century bridge between the cultures of East and West. His outstanding voice brought him into the spotlight at the 2007 BBC Cardiff Singer of the World, where the artist’s triumphant victory gave start to his brilliant international career.

Shenyang was born in Tianjin, China. Studied with Professor Ping Gu at the Shanghai Conservatory of Music. He is an alumnus of the Metropolitan Opera Lindemann Young Artist Development Program and of the Juilliard School Opera Center. He has attended master classes by James Levine, Jose Van Dam, John Fisher, Carlo Bergonzi, Renata Scotto, Sir Thomas Allen, Hakan Hagegard, Christa Ludwig, Barbara Bonney, Malcolm Martineau, Stephen Wadsworth, and Renee Fleming. He is the prize-winner at the Borletti-Buitoni Trust Award (2008) and of the Montblanc New Voices at Stars of the White Nights Festival (2010).

Shenyang’s highlights of 2016/17 season include his house debut with the Seattle Opera, where he appeared in the title part in Le nozze di Figaro.