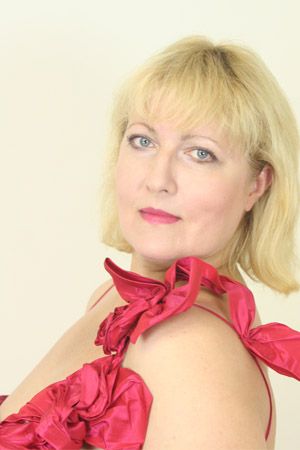 Honoured Artist of the Russia

Olga Savova was born in Leningrad. She graduated from the St Petersburg State Rimsky-Korsakov Conservatoire (vocals faculty, class of Professor Irina Bogacheva) in 1994. She joined the Mariinsky Opera Company in 1996.

Olga Savova has worked with such conductors as Valery Gergiev, Bertrand de Billy, Jean-Louis Grinda and Asher Fisch. She has taken part in international music festivals in Mikkeli (Finland) and Rotterdam (the Netherlands), as well as the Moscow Easter Festival. She has toured throughout the world with the Mariinsky Opera Company, performing in Europe (Royal Opera House, Covent Garden, and La Scala), the USA (Metropolitan Opera, Kennedy Center) and Japan. She has given solo recitals in France, Belgium, the Netherlands, Italy, the USA, Japan, China and Israel.
In 2004, she took part in the Mariinsky Theatre's production of Wagner's Der Ring des Nibelungen at the Festspielhaus (Baden-Baden). In the 2005-2006 season Olga Savova gave a solo concert of Russian arias in Gran Canaria, and in 2007 she took part in a performance of Boris Godunov at the Hollywood Bowl (Los Angeles).
Olga Savova has taken part in recordings of the operas The Story of a Real Man and Semyon Kotko with the Mariinsky Theatre Orchestra under Valery Gergiev.