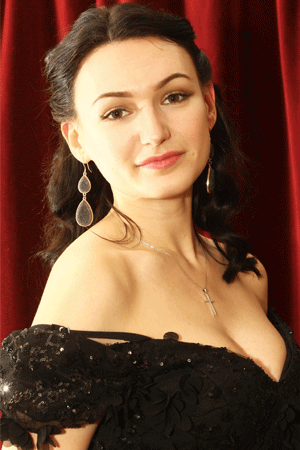 Since 2016 she has been a soloist at the Music Hall State Theatre in St Petersburg. At the Music Hall, she participated in the performances of Pergolesi’s Stabat Mater, Ippolitov-Ivanov’s symphonic poem Mtsyri and sang the parts of Micaela (Carmen) and Kupava (The Snow Maiden) with the Northern Symphony Orchestra under the baton of Fabio Mastrangelo. In 2016, Sannikova made her debut at the Opera and Ballet Theatre of the St Petersburg State Conservatoire. In 2017, she performed the role of Iolanta at the Zazerkalie musical theatre and at the Operosa Montenegro Opera Festival. In September of 2017, Sannikova took part in the opening of a new season at the Opéra de Nice, where she performed Rachmaninoff’s Vocalise under the baton of Fabio Mastrangelo.

Since 2017 Sannikova has been a fellow of the Atkins Young Artists Program at the Mariinsky Theatre. Information for June 2018