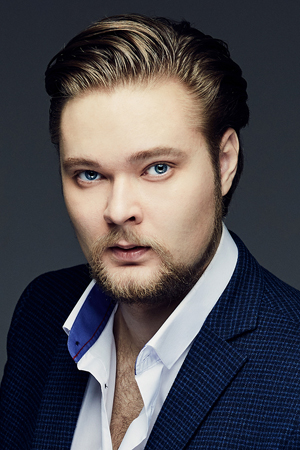 From 2015 to 2017 perfected his skills at the Elena Obraztsova International Academy of Music.

In 2016 Gleb made his Mariinsky Theatre debut as December in the opera A Christmas Tale. In 2017 he took part in the Salzburg Festival's Young Singers Project and made his festival debut as the Steward (Lady Macbeth of Mtsensk) and as Apostolo Gazella in concert performances of Lucrezia Borgia.

Guest appearances in 2017/18 included Quinault (Adriana Lecouvreur) during the Mariinsky’s visit to Baden-Baden, Colline (La bohème) with the Greek National Opera in Athens, the bass solo in Verdi’s Requiem at the Bruckner House in Linz and Narumov (The Queen of Spades) at the Salzburg Festival.

For more information, please go to the www.peryazev.ru