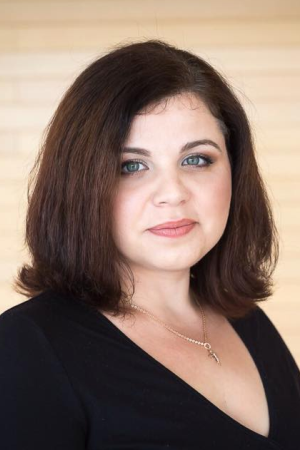 Natalya Zakharchenko was born in the town of Surgut in the Tyumen Region of Russia. In 2006 she graduated from the academic singing faculty of the Kamyshinsky College of Art where she had been studying with Honoured Artist of Russia N. Afanaseva. In the same year she entered solo singing department of the V. Popov Academy of Choral Art in Moscow where she studied with Honoured Artist of Russia T. Belyakova.

From 2009 to 2014 she studied in the Saratov State Conservatory with Honoured Artist of Russia Professor A. Tarasova.

Natalya Zakharchenko is one of the first performers of romances by Arkady Rachmaninov which were featured in the V International “S.V. Rachmaninov in World Culture” Conference at the Sergei Rachmaninov “Ivanovka” Museum House (2013).

In June 2014 she participated in the I International S.V. Rachmaninov Festival in “Ivanovka” (artistic director M. Pletnev), where she performed a solo with the choir of the Cathedral of Our Lady of Kazan.

In 2014 she began work at the State Primorsky Theatre of Opera and Ballet. Since 2016 she has been a member of the opera company of the Primorsky Stage of the Mariinsky Theatre.