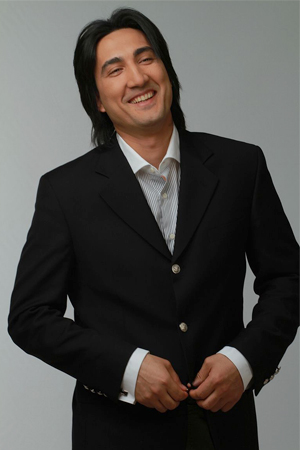 Prize-winner of the 1st prize of Vocal Competition of the 24th Sobinov Music Festival in Saratov.

Najmiddin Mavlyanov was born in Samarkand and studied at Samarkand Art College and the State Conservatory of Uzbekistan. He was a member of the Navoi Opera Theatre in Tashkent 2003-10, and in 2010 became a member of the Stanislavsky and Nemirovich-Danchenko Theatre.

Mavlyanov made his Mariinsky Theatre debut in 2014 as Manrico (Il trovatore).

In the 2017/18 season Mavlyanov appeared in tour performances by the Mariinsky Opera in Rome, Hamburg (Vaudémont in Iolanata) and Moscow (Herman in The Queen of Spades).