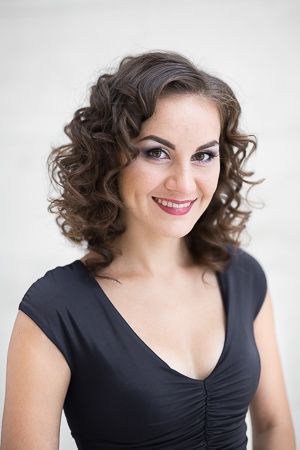 Guzel Sharipova was born in Bakaly (Republic of Bashkortostan, Russia)
In 2006 she graduated from the vocal department of the Ufa Art College (class of F.G. Nugumanova).

From 2007 to 2012 she studied at the Gnessin Russian Academy of Music (class of G.V. Oleinichenko), also taking vocal lessons from R. B. Sirikyan.

From 2009 to 2012 she sang in the Alexandrov Ensemble of the Russian Armed Forces; afterwards she joined the theatre company Stage Entertainment, where she performed in the musicals The Little Mermaid and Phantom of the Opera (2012-2015).

Since July of 2016 she has been a member of the opera company of the Primorsky Stage of the Mariinsky Theatre.

In November 2017, she made her successful Mariinsky-II debut in St Petersburg as Gilda in Rigoletto.

In February 2018 she participated in a master class by Maria Guleghina.