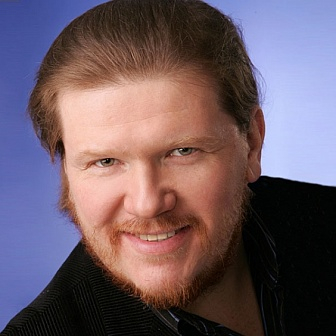 Mikhail Agafonov graduated from the Russian Academy of Theatre Arts in Moscow in 1993 (class of Anton Grigoriev). He has also studied in Wien. In 1994–1996, he was a trainee and in 1996–2001, he was a soloist with the Bolshoi Opera.

Since 2001, he has been a soloist with the Manheim National Theatre.

He has appeared with many opera companies all over the world: the Wien Opera, the Stockholm Opera, the Berlin State Opera, New Israeli Opera, Royal Opera House in Covent Garden, the Bavarian State Opera, Hessian State Theatre of Wiesbaden, and German Opera on the Rhine, German Opera in Berlin and with the theatres of Duisburg, Antwerp, and Ghent, Essen Musical Theatre, the Florida Opera, the Canadian Opera, Paris National Opera and Dresden Semperoper, Saarbrücken Theatre, the New National Theatre in Tokyo. He has appeared in concerts at the Old Opera in Frankfurt, Philharmonic Society of Essen, and Queen Elizabeth Hall in Antwerp.

From 2016 Mikhail Agafonov has been a soloist of the Novosibirsk Opera and Ballet Theatre. Presently he is also a guest soloist at the Mikhailovsky Theatre in St Petersburg.