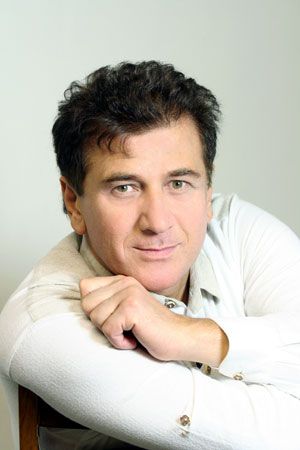 If we are speaking about the performers of the lead roles, then the level of drama Akhmed Agadi brought to the opera deserved the loftiest praise. He somehow brought to mind the great performers of this role ‹Lensky in Pyotr Tchaikovsky's opera Eugene Onegin› and, you may well believe, he was not lost among their ranks.

Akhmed Agadi has a voice that has technique, rare beauty and suppleness.

Akhmed Agadi performs at many prestigious opera houses. He has appeared in productions by the Bolshoi Theatre of Russia, the Amsterdam Opera, the Royal Danish Opera, the Budapest Opera, the Opéra de Strasbourg, the Teatro Colón in Buenos Aires in such roles as Alfredo (La traviata), the Duke (Rigoletto), Don Carlo (Don Carlo), Radames (Aida), Don Ottavio (Don Giovanni), Calaf (Turandot) and José (Carmen). He has taken part in tours by the Stanislavsky and Nemirovich-Danchenko Music Theatre to Germany (the Am Bodensee festival in Friedrichshafen, 1993), South Korea (1997 and 2003) and the USA (2002). He has performed in France, Great Britain, the Netherlands, Denmark, Austria, Belgium, Latvia, Argentina and Turkey. He has been a guest performer at opera festivals in Nizhny Novgorod, Chişinău and Saratov. In 1998 he was named best singer at the Fyodor Chaliapin International Opera Festival in Kazan. He also has appeared at the Baden-Baden opera festival where he performed as Pinkerton (Madama Butterfly) and Rodolfo (La bohème) under Valery Gergiev.