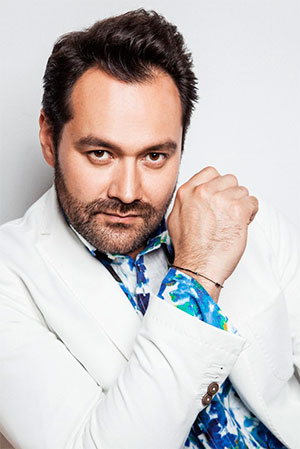 Ildar Abdrazakov was born and grew up in Ufa. In 1999 he graduated from the Ufa State Institute of the Arts (class of Professor Milyausha Murtazina). In 1997 he took part in the Irina Arkhipova TV competition Moscow Grand Prix, won the Mikhail Glinka Competition and was invited to join the Mariinsky Theatre.

He made his Mariinsky Theatre debut in 1998 as Figaro (Le nozze di Figaro), and joined the opera company in 2000.

The singer's win at the Maria Callas TV Competition in Italy made him a household name in Europe. In 2001, at the age of 25, he made his debut at La Scala and since then has sung at the most prestigious opera venues, among them the Metropolitan Opera, the Opéra de Paris, the Wiener Staatsoper, the Bayerische Staatsoper and Covent Garden, in addition to regularly appearing in Salzburg.

Ildar Abdrazakov began his international career as a singer of the bel canto repertoire, frequently appearing at the Rossini Festival in Pesaro. Today the singer's repertoire includes roles in operas by Verdi, Gounod, Offenbach and Berlioz. In the Russian repertoire, Abdrazakov has appeared as Dosifei in Khovanshchina, Igor Svyatoslavich in Prince Igor Boris Godunov.

The singer's awards include the Oscar della Lirica, presented in 2012 for the role of Attila in the eponymous opera by Verdi. The recording of Verdi's Requiem featuring Abdrazakov, by the Chicago Symphony Orchestra under Riccardo Muti, received two Grammy awards in 2010.

In the spring of 2017 the singer concluded an exclusive recording contract with Deutsche Grammophon.

Since 2015 Ildar Abdrazakov has directed the International Elena Obraztsova Academy of Music in St Petersburg.

For more information, please go to the www.ildarabdrazakov.com