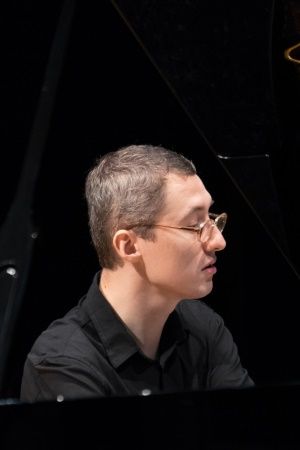 Since 1994 Mr. Solovyov has played with Pacific Symphony Orchestra as a soloist, and in 2003 he performed with Gloria Chamber Orchestra of Khabarovsk.

In 2009–2011 he worked as a pianist of the Pacific Symphony Orchestra. In 2010–2011 he started teaching at the Far East State Academy of the Arts, Department of Piano, Department of Chamber Ensemble and Concertmaster Class).

Since 2016 he has worked as a pianist of the Primorsky Stage Orchestra of the Mariinsky Theatre.

Mr. Solovyov regularly performs solo recitals, toured around Russia and abroad (Japan, China). He performed as a soloist with such conductors as Anatoly Tikhonov, Cho Je Hoon, I. Sergeev, A. Dashunin, M. Arkadiev, E. Banko, A. Cmirnov. In 2011, at JMR Studios (St Petersburg), Mr. Solovyov made two CDs together with laureates of international competitions D. Yanov-Yanovsky (cello) and N. Khadzheva (mezzo-soprano). These CD include Edvard Grieg’s and Frederic Chopin’s sonatas for cello and piano, an Z. Levina’s works for piano, and lyrical songs).

A laureate of international competitions (Vladivostok, Krasnoyarsk), a fellow artist of the charitable program New Names of the Ministry of Culture of Russia.