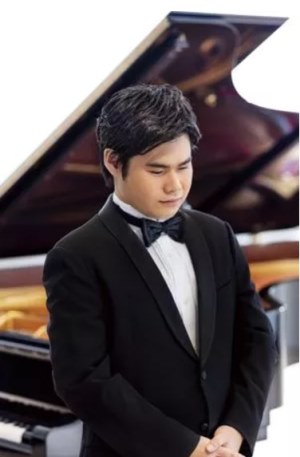 Blind since birth, pianist Nobuyuki Tsujii believes that “there are no barriers in the field of music.” At the age of twelve, he made noted recital debuts at Tokyo’s Suntory Hall. In 2005, at the age of sixteen, he was presented the Critics’ Award at the XV International Frederic Chopin Piano Competition. In 2009 Nobuyuki was a joint-winner of the Nancy Lee and Perry R. Bass Gold Medal at the International Van Cliburn Piano Competition. After the competition he went on to appear with the BBC Philharmonic Orchestra, the Orchestra della Svizzera italiana and the Moscow Virtuosi chamber orchestra in addition to performances in the Ruhr and Aspen as well as the Ravinia Festival. He has given recitals in Washington, Boston, Indianapolis, Fort Worth, Houston, Berlin, Belgrade and Basel. In the autumn of 2011 Tsujii undertook a recital tour of the USA. Highlights of the 2011–12 season include his London debut with the Philharmonia Orchestra under Vladimir Ashkenazy. Now aged twenty-three, Tsujii has performed with all major Japanese orchestras including the NHK Symphony Orchestra, the Yomiuri Nippon Symphony Orchestra and the Tokyo Symphony Orchestra under such conductors as Vladimir Ashkenazy, Yutaka Sado, Vladimir Spivakov and Thierry Fischer.