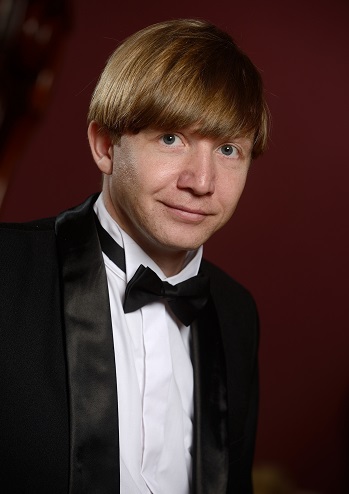 Nikolai Mazhara graduated from the St Petersburg State Rimsky-Korsakov Conservatoire as a pianist (class of Eduard Bazanov) and as a composer (class of Alexander Mnatsakanian). Winner at the Prokofiev International Competition in the categories "piano" (2004) and "composition" (2008). Appears in recitals and with various ensembles.

Has won acclaim as a performer of works by Stravinsky, Prokofiev, Schoenberg and contemporary St Petersburg composers. He dedicates particular attention to Russian piano music (Alyabiev, Glinka, Borodin, Musorgsky, Lyadov and Rachmaninoff). Works with the Academic Symphony Orchestra of the St Petersburg Philharmonic and has collaborated with other ensembles in St Petersburg and the Zagreb Philharmonic Orchestra.

Mazhara's music has been performed at the festivals St Petersburg Musical Spring and From the Avant-Garde to the Present Day. Member of the Union of Composers of Russia. An author of a piano concert, a string symphony, a suite for a chamber orchestra and a range of chamber works.

Teaches at the St Petersburg Conservatoire (faculty of special composition and improvisation).

His engagements for the current season include concerts at the Great and Small halls of the St Petersburg State Philharmonic and other concert venues in the city.