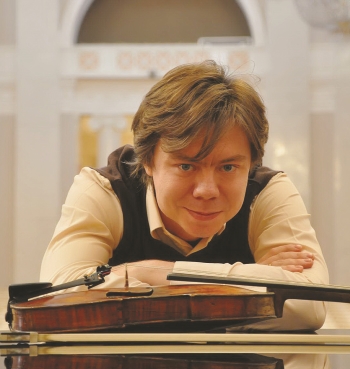 Ilia Kozlov was born in a family of violinists in 1983. At the age of 5 he began to take violin lessons. After finishing the music school he went on to study the violin under Vladimir Ovcharek at the Rimsky-Korsakov Saint Petersburg Conservatory.

In 1991 he gained a scholarship from the New Names Foundation in Moscow. In 1992 he won a scholarship created by the Virtuosos 2000 International Festival in the Mariinsky Theater in Saint Petersburg.

Ilia Kozlov embarked upon his career in 1993 when he began to perform regularly in Germany, Austria, Switzerland, and other European countries. In 1994 he won a special award at the Premio Mozart International Competition in Bilbao, Spain.

In 2001 he took part in the Music Olympus International Festival in Saint Petersburg and the prestigious Usedomer Music Festival in Germany. In 2002 he became a winner of Yuri Temirkanov Award.

Ilia Kozlov is engaged in solo concerto activities in Russia and abroad. In 2013 he toured the Baltic countries together with Nigel Kennedy. From 2018 he is a first violin in the Taneyev Quartet.