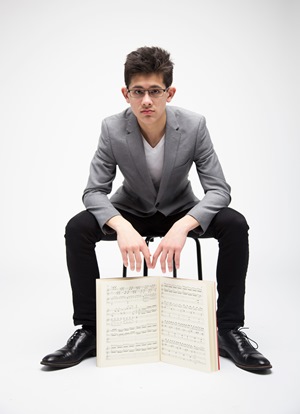 British pianist George Harliono was invited to make his first one hour long, solo recital at the age of nine and since then has performed in numerous locations both in the UK, USA, Europe and Asia, appearing at venues such as Wigmore Hall, The Royal Festival Hall, The Royal Albert Hall and Chicago Symphony Centre.

In 2013 he was invited to record Beethoven’s Piano Sonata No. 1 at the Southbank Centre in London. In 2016 his performance of Tchaikovsky Piano Concerto No. 1 at the Great Hall of The Moscow Conservatory was broadcast live on Russian national TV and streamed live on Medici TV. He has been a regular performer with orchestras including the Moscow State Symphony Orchestra, Tatarstan National Symphony Orchestra, New Millennium Orchestra of Chicago, Tyumen Philharmonic Orchestra and Ealing Symphony Orchestra George has also performed alongside eminent artists such as Lang Lang and Denis Matsuev. He has worked with many renowned conductors including Alexander Sladkovsky, Evgeny Shestakov and Francesco Milioto.

He studies with Professor Vanessa Latarche (Chair of International Keyboard Studies and Head of Keyboard, Royal College of Music in London). He has taken masterclasses with Dmitri Bashkirov, Lang Lang and Vladimir Ovchinikov among others.

George has been accepted to enter The Royal College of Music for a BMUS Degree on a full four year scholarship commencing September 2017. He will be one of the youngest students to be accepted onto this course.