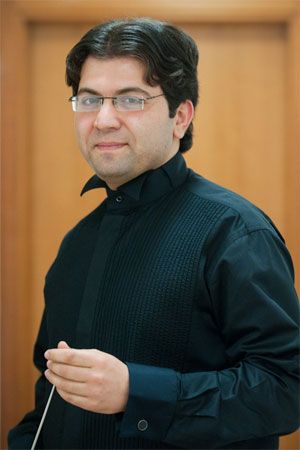 Born in Baku, Ayyub Guliyev graduated from the Baku Academy of Music, where he majored in conducting, in 2005 and took up postgraduate studies at the N.A. Rimsky-Korsakov Saint Petersburg State Conservatory. From 2008 to 2010 he perfected his conducting skills under Prof. Mark Stringer at the University of Music and Performing Arts Vienna and under Prof. Johannes Schlaefli at the European Music Academy in the Czech Republic. He attended masterclasses given by such proficient conductors as Daniel Harding, Riccardo Capasso, Yuri Simonov, and Michail Jurowski.

In February 2010 Ayyub Guliyev as a conductor took part in the Musical Olympus concert at Carnegie Hall, New York.