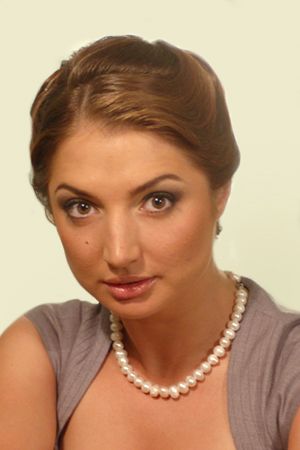 In 2002 she graduated from the Leningrad Region College of Culture and the Arts, having specialised as a teacher and choreographer. In 2007 she graduated from the St Petersburg State Rimsky-Korsakov Conservatoire, having specialised in the Art of Choreography (class of Professor Alexander Polubentsev, Honoured Artist of Russia). From 2003-2008 she was a soloist with the Intellballet dance theatre (Artistic Director – Larisa Ivanova).

Has choreographed and staged over thirty operettas, operas and musicals at theatres in Russia and abroad, among them the Sverdlovsk State Musical Comedy Theatre (Yekaterinburg), the St Petersburg Music Hall theatre, the Voronezh State Opera and Ballet Theatre, the Zazerkalye theatre (St Petersburg), the Omsk Musical Theatre, the Musical Theatre of the Republic of Karelia, the Academic Musical Comedy Theatre (Karaganda), the National Baiseitova Opera and Ballet Theatre (Astana), the St Petersburg Chamber Opera Company, the Mariinsky Theatre (St Petersburg) and the Teatro Lirico in Cagliari.