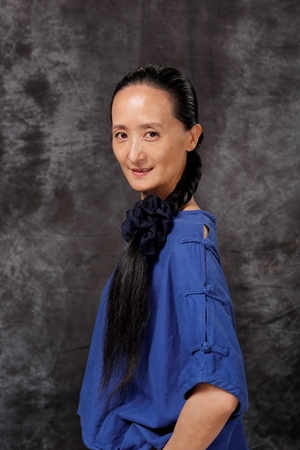 Mme. Feng Ying, is a renowned ballerina and ballet mistress in China and currently the director and artistic director of the National Ballet of China.

She graduated from the Beijing Dance Academy and joined the National Ballet of China in 1980. In 1982, she was sent to the Opera National de Paris and studied with Ballet Masters like Maurice Bejart, Rossela Hightower and others. As a Prima Ballerina, she had danced the whole repertoire staged by NBC then, including Swan Lake, Giselle, Don Quixote, The Maid of the Sea, and The Red Detachment of Women. Since 1997, she began a career as a teacher, répétiteur and choreographer. Together with her colleagues she trained a dozen of dancers who all received gold prizes at major international ballet competitions. Collaborated with great choreographers like Ben Stevenson, Roland Petit, Natalia Makarova and John Neumeier, she staged for the company Bourneville’s La Sylphide, Stevenson’s Fountain of Tears, Cranko’s Romeo and Juliet, Onegin. As the artistic director, she produced for the company Bejart’s Fire Bird, Neumeier’s The Little Mermaid and Petit’s La Chauve-Souris etc. Meanwhile, she also oversaw the restaging of Chinese New Year (Nutcracker, Chinese version), Le Sacre du Printemps, Don Quixote and Giselle. She is also the chief director and producer of the production The Chinese Ballet The Crane Calling, which was premiered at Beijing Tianqiao Theater in September 2015.

Since 2010, she organized NBC Ballet Workshops every year, presenting a dozen of original modern works with different characters and styles. She has been a constant participant of juries for major international ballet competitions, and seminars as well as conferences, which are shaping the trend of culture and art of the world. She led the company to numerous most renowned arts festivals and theaters. In order to promote arts education, she led the company to various levels of schools and universities every year, giving ballet lectures and free performances. Under her guidance, the company also donated performance revenues to people suffered from natural disasters many times.