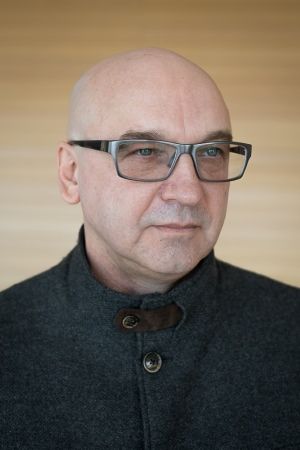 Director of the Ballet Company

In 1976 he graduated from the Baku College of Choreography (class of M.A. Gavrikov).

He began his dancing career in The Akhundov Azerbaijan State Academic Opera and Ballet Theatre (1976–1980, Baku). From 1980–1987 he was a soloist of the Bolshoi Theatre of Belarus (Minsk).

From 1987–2007 he was a leading soloist of the Kirov Theatre of Opera and Ballet (now the Mariinsky Theatre).

In 2005 he graduated from the pedagogical department of the Vaganova Academy of Russian Ballet. From 2005–2007 he taught classical pair dance.

From 2010–2016 he was a ballet pedagogue-repetiteur and deputy artistic director of the ballet company of the Novosibirsk State Theatre of Opera and Ballet.

Since 2016 he has been the director of the Ballet Company of the Primorsky Stage of the Mariinsky Theatre.