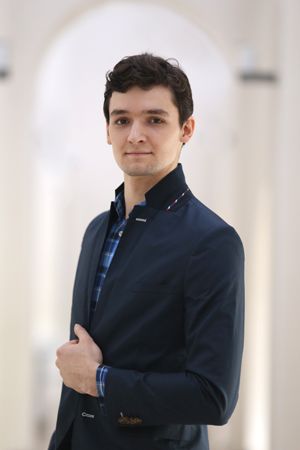 Graduated from the Vaganova Academy of Russian Ballet in 2013 (class of Alexei Ilyin).