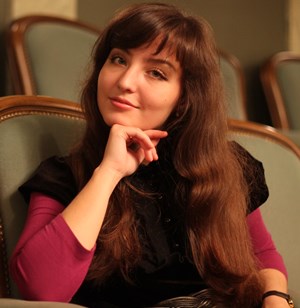 She has repeatedly participated in concerts at the leading venues of Moscow, as well as in international festivals in Romania, Belarus, Moldova and Russia.

In 2009–2012, worked as an accompanist at the Vocal Studio of the Trade Union Community Center (DK Profsoyuzov) directed by the People’s Artist of the Republic of Belarus N.A. Gubskaya (Minsk). In 2010, participated in the chamber production of the opera L'elisir d'amore by G. Donizetti (production by Eduard Martynyuk, The “M-Art” Youth Experimental Opera Company, Minsk) as an accompanist and a pianist.

Worked as an accompanist at master-classes by the Merited Worker of Culture, Prof. Svetlana Nesterenko during Yuri Bashmet’s International Competition (Minsk, 2011).

In 2012–2013 — an accompanist of the Chair of Solo Singing of the V. Popov Academy of Choral Art (class of L.F. Dyachenko-Togusheva, Moscow).

In 2016 worked as an accompanist and a coach at the International New Opera World Symphonic Laboratory.