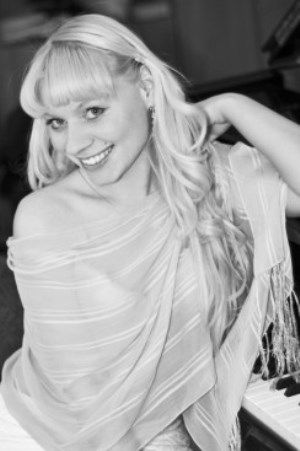 In 2004 she graduated from the Vladivostok Music College (now – the Primorsky College of Art) and continued her piano studies at the Far Eastern State Academy of Arts (class of professor R. Ilyukhina) from which she graduated in 2009.

She also participated in the tour Masters of the Arts – to Primorye Population (2002-2004) and is actively engaged in concert performances in Russian, Chinese and South Korean cities. From 2009 to 2010 Natalia Karnovich worked as a pop and jazz piano teacher (2009-2010) at the Vladivostok Music College (now – the Primorsky College of Art), as well as an accompanist at the Far Eastern State Academy of Arts (2005–2013) and at the Prokofiev Children’s School of Arts (2009-2011).

Since 2013 Natalia Karnovich has been a ballet accompanist with the Primorsky State Opera and Ballet Theatre.

Since 2016 she has been an accompanist of the Primorsky Stage of the Mariinsky Theatre.