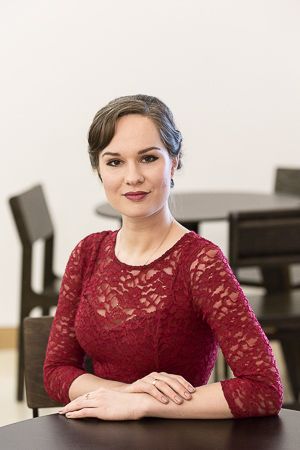 Marina Repina was born in Vladivostok.

In 2012 she graduated from the Far Eastern State Academy of Arts (class of professor Raisa IIyukhina).

Marina Repina participated in various workshops and gala concerts as part of the 1st All Russia Festival of Arts and Culture Educational Institutions (Moscow, 2011).

As Principal Concert Master she participated in opera production on the Primorsky Stage: Carmen, The Tale of Tsar Saltan, The Queen of Spades, The Love for Three Oranges, The Christmas Eve, Macbeth.

In 2013 she became accompanist of the Opera Company of the Primorsky Opera and Ballet Theatre.

Since 2016 she has been an accompanist of the Opera Company of the Primorsky Stage of the Mariinsky Theatre.