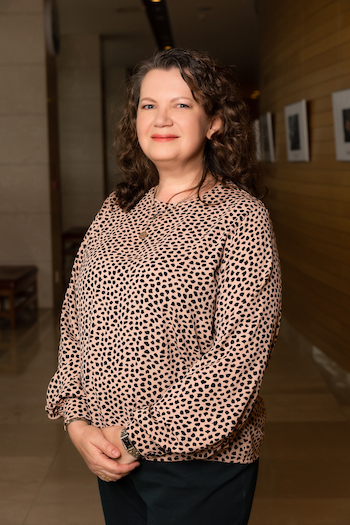 Born in Vladivostok, Elena Nikiforova completed her piano studies under Svetlana Alekseevna Tarasovets at the Vladivostok School of Music in 1992. In 1999 she graduated from the Far Eastern State Academy of Arts (special piano class of Prof. Raisa Evgenievna Ilyukhina, Honored Artist of Russia).

From 1991 to 2002 she worked as an accompanist at the Choral Conducting Department of the Vladivostok School of Music (presently the Primorsky Regional College of Arts). From 1993 to 2001 she was an Accompanist of the Cantabile Chamber Chorus at the Primorsky Philharmonic Hall.

From 2002 to 2012 Elena Nikiforova was engaged as a piano teacher by the College of Music of the Hunan Institute of Science and Technology in Yueyang, China. Together with Russian and Chinese artists and teachers, she gave solo, vocal chamber and instrumental chamber concerts in many Chinese cities.

In 2010 she won the Baling Friendship Award of the Hunan province for her contribution to cultural and social development. The same year she was awarded the title of the Best Accompanist for her participation in concerts and master classes for young opera singers at the I International Opera Competition in Hong Kong, China.

In 2018 she as an accompanist took part in master classes given by Galina Rostislavovna Boyko, Honored Artist of Russia, a soloist of the Moscow State Stanislavsky and Nemirovich-Danchenko Music Theatre. The same year she improved her qualifications in solo singing at the Summer School of Arts.

Since 2013 Elena Nikiforova has served as a Chorus Accompanist at the Primorsky Opera and Ballet Theatre. Since 2016 she has been employed by the Primorsky Stage of the Mariinsky Theatre.