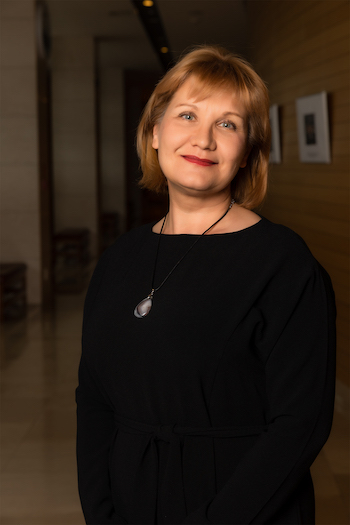 In 1991 Ekaterina Rogozina began to work as an accompanist at the Choral Conducting and Winds & Percussion Departments of the Primorsky Regional College of Arts.

She has taken part in all summer schools sponsored by the College, where she has collaborated with leading Russian chorus masters such as Georgy Struve, Mikhail Slavkin, Boris Tarakanov, and Vladimir Samarin.

In 2014, 2016 and 2018 she as an accompanist took part in master classes given by the composer Mikhail Slavkin, the leader of the Preobrazhenie Chorus, and took a refresher course in Choral Singing.

From 2010 to 2017 she worked as an accompanist at the Far Eastern State Academy of Arts (class of Prof. V.Ya. Kolin, Honored Art Worker of Russia).

Since 2016 Ekaterina Rogozina has served as a Chorus Accompanist at the Primosky Stage of the Mariinsky Theatre.

In 2020 and 2022 she as an accompanist took part in the International A.A. Yurlov Competition of Chorus Conductors in Moscow. She is a prizewinner or a diploma recipient at numerous international, national and regional competitions.