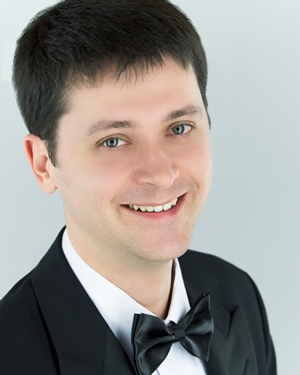 Andrey Annenkov was born in Volgograd. In 2003 he graduated from the College of the Serebryakov Arts Institute (now, Serebryakov Volgograd Conservatory), and then in 2008 from the Arts Institute itself (class of professor V.I. Lesenko). In 2014 completed postgraduate studies at the Rachmaninoff Volgograd State Conservatory under artistic direction of professor I.S. Benditsky and professor R.G. Skorokhodov. In 2008, he was offered the position of an accompanist at the chair of folk instruments and the chair of wind and percussion instruments, as well as the position of a teacher at the chair of chamber ensemble and accompaniment at the Serebryanikov Volgograd Conservatory. In 2007–2013, he was an artist of the Symphony Orchestra of the Volgograd Musical Theatre.

Andrey Annenkov was awarded the Best Accompanist Diploma at multiple competitions and festivals, including the Eighth International Young Musicians Competition Symphony in Volgograd (2012).

From 2012 to 2016 was an accompanist with the opera company of the Volgograd Tsaritsinskaya Opera Theatre. He took part in such performances as Eugene Onegin by Tchaikovsky, Le Nozze di Figaro and Così fan tutte by Mozart, Tosca by Puccini, The Tsar’s Bride by Rimsky-Korsakov, Aridna by Ristory, The Dawns Here Are Quiet by Molchanov.

Andrey Annenkov has performed recital, chamber and vocal music programmes in Russia, West-European countries, China and the USA. In 2015 and 2016 he participated in the productions of operas Sister Angelica by Pucсini, Così fan tutte and the Die Zauberflöte by Mozart at the festival International Lyric Academia in Roma&Viterbo (Italy). In January 2017, he was engaged in the production of Cavalleria rusticana by Mascagni at The Opera Project DSM (Des Moines, USA).

Since March 2017 he has been an accompanist of the Primorsky Stage of the Mariinsky Theatre.