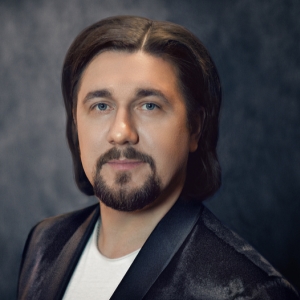 Roman Krukovich was born in Soligorsk, the Republic of Belarus.

In 2006 he graduated from the Minsk State College of Arts with a degree in classical guitar. From 2007 to 2008, he studied at the vocal department of the Belarusian State University of Culture and Arts (class of Vasily Braim).

From 2009 to 2012, he studied at the Belarusian State Academy of Music (class of Eduard Pelaheichenko, Yanosh Nelepa).

From 2012 to 2015, he studied at the Popov Academy of Choral Arts (class of associate professor Natalia Popova).

From 2016 to 2017, he took a course of study at the Galina Vishnevskaya Opera Center (class of Professor Elena Zaremba).

In 2018 he graduated from the Moscow State Institute of Culture, the Department of Musical Art (class of associate professor Pavel Kudryavchenko).

From 2011 to 2012, he was a soloist of the Belarusian State Academic Musical Theatre (tutors: Pyotr Ridiger, Adam Murzich).

In 2016, as part of the New Opera World International Project, he made his debut in the part of Lensky (Eugene Onegin by Pyotr Tchaikovsky) on the stage of the Moscow State Academic Chamber Music Theatre.

From April 2017, he has been an opera soloist of the Primorsky Stage of the Mariinsky Theatre.