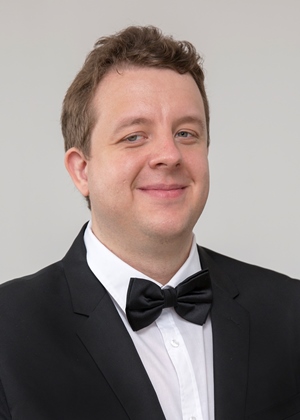 Alexei Smirnov was born in Vetluga, the Nizhny Novgorod Region.

In 2006–2009 he studied at the Balakirev Nizhny Novgorod Music College (class of Nikolai Orshavsky). In 2009 Alexei entered the Ulyanov Chuvash State University (class of the Stanislav Kondratyev).

In 2013 he became a soloist of the Chuvash State Philharmonic Hall. In 2014-2016 worked with the Alexandrov Academic Song and Dance Ensemble of the Russian Army. In 2016–2017 worked at the Kolobov Novaya Opera Theatre of Moscow.

Participated in the International Festival Wind Rose (Russia-France, 2012). Since December 2017, Alexei Smirnov has been a soloist of the Opera Company of the Primorsky Stage of the Mariinsky Theatre.