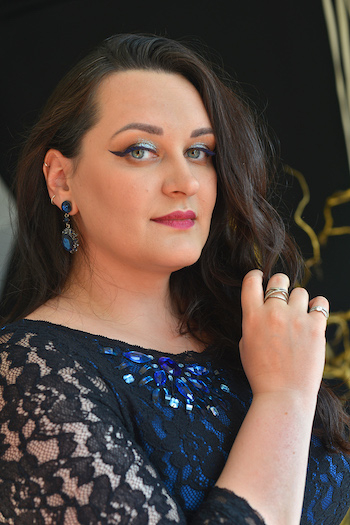 “What a magnificent Turandot has Olga Maslova managed to create in this performance! The voice is vivid and powerful, ringing with the toughest Damascus steel even when she takes the top notes. That’s why the audience responded with cries of “bravo!” after each aria. This is Maslova’s first performance of Turandot part; however, it is already clear that the Primorsky Stage has received a new soloist, who is capable of performing the most complex parts, both vocally and dramaturgically”.

Olga Maslova was born in Voronezh. She graduated with honors from the Voronezh State Academy of Arts (class of Zoya Mitrofanova-Solodilova, People’s Artist of Russia) in 2015. She debuted as Iolanta in her graduation performance at the Voronezh State Opera and Ballet Theatre.

From 2015 to 2022 Olga Maslova was a soloist of the Mariinsky Academy of Young Opera Singers, being actively engaged in chamber programs, children performances and concert performances of operas. Since 2019 she has been taking part in organ concert-portraits. She also performed a soprano part in G. Pergolesi's Stabat Mater.

Since 2010 Olga Maslova has carried out her intensive concert activity. In 2021 and 2022 she took part in scenic concert programs such as The Poet’s Love and Life. A.S. Pushkin, The City of People in Love, etc.

Since February 2022 Olga Maslova has been a soloist of the Opera Company of the Primorsky Stage of the Mariinsky Theatre.