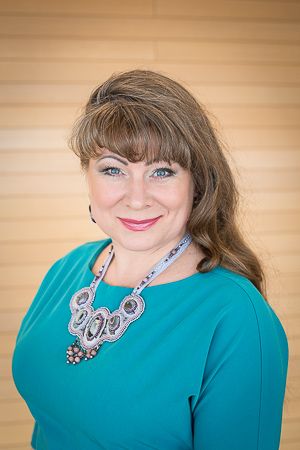 Svetlana Rozhok was born in Khabarovsk. She graduated from the musical department of the Pedagogical College (1988) and the Khabarovsk State Institute for Arts and Culture having studied choral conducting with L. Zhuromskaya in 1997.

She took lessons with Alexander Vedernikov in Moscow and Professor Zinaida Didenko in Novosibirsk. She has participated in master classes by Alexandrina Milcheva (Bulgaria, 2007).

In 1998 she began working in the Khabarovsk Theatre of Musical Comedy.

Between 2001 and 2012 she was a soloist of the Novosibirsk State Philharmonic. In 2002 she participated in the International Sviridov Competition for Chamber Vocalists in the city of Kursk.

In 2013 she became a soloist of the Primorsky Opera and Ballet Theatre.