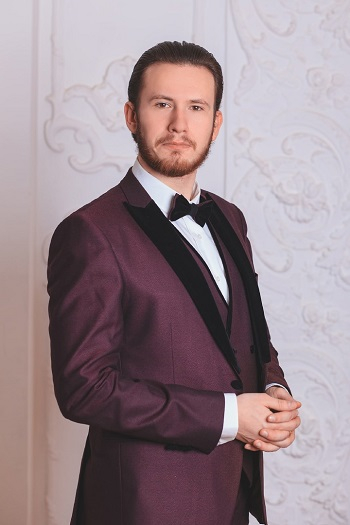 Vladislav Chibirev was born in Nevinnomyssk. In 2017 he began his studies at the Rachmaninoff Rostov State Conservatory with Professor Valentin Anatolievich Mostitsky, Honored Artist of Russia.

Since November 2021, Vladislav Chibirev has been a soloist of the Opera Company of the Primorsky Stage of the Mariinsky Theatre.