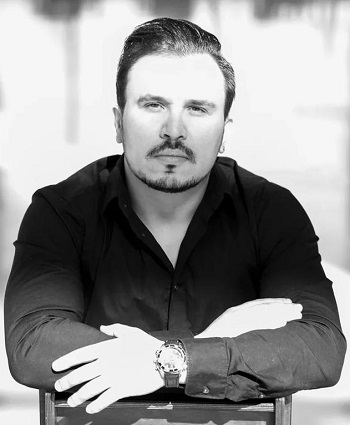 The voice of baritone Vyacheslav Vasiliev as Grigory Gryaznoy and his performance of “I cannot get the beauty out of my mind” immediately aroused admiration with the audience and brought down the house. Hopelessly in love with Marfa, Gryaznoy is up to anything with his power and cheek.

The opera was performed on the stage of Zaryadye Concert Hall. The baton was held by Valery Gergiev. Among the primary men’s voices there was baritone Vyacheslav Vasiliev who sang the role of Gryaznoy and made a deep impression, having demonstrated his wide range of voice and good lungs. The performance of this opera drew a storm of applause.

For me, the role of Mazepa sung by Vyacheslav Vasilyev was the singer’s unveiling in this performance. He represented the frantic Hetman who archly styled himself an old man but was not the same, who had fiery eyes and Napoleon’s plans, who was a shifty wild fox with a restless soul and a power-seeker able to experience both strong sensations and feelings of remorse. Vasilyev was so strait in this role, which allowed him to reveal his dramatic talent. What a voice! His thick, bright and strong high notes literally gave the creeps. That evening Vasilyev’s voice sounded perfectly, giving the audience all tints of the Hetman’s ambiguous spirit. Vasilyev was a lyric hero in the scenes with Maria or a heartless ruler or an ambitious person dreaming of the royal throne or an escapee at a crossroads. Vasilyev managed to convey all those tints to the audience. Bravo!

Vyacheslav Vasilyev was born in the Krasnoyarsk Region of Russia. From 2007 to 2011 he studied in the vocal department of the Krasnoyarsk College for Arts where he studied with Galina Astanina. In 2017 graduated from St Petersburg State Conservatory.

Since 2016, he has been a member of the Opera Company of the Primorsky Stage of the Mariinsky Theatre.

Vyacheslav Vasilyev has participated in the Primorsky Stage tour performances of The Tsar’s Bride opera at the Zaryadye Concert Hall in Moscow, Mariinsky II in St. Petersburg, and on the stage of the Buryat Opera and Ballet Theatre in Ulan-Ude.

In 2018 he made his debut at the Mariinsky Theatre in St. Petersburg, having performed the part of Giorgio Germont in La traviata. Later he also performed the parts of Eugene Onegin, Rodrigo (Don Carlo), Napoleon Bonaparte (War and Peace), and Malatesta (Don Pasquale).

Vyacheslav Vasilyev has appeared on the stage of the Stanislavsky and Nemirovich-Danchenko Moscow Academic Musical Theatre, and of the Azerbaijan State Academic Opera and Ballet Theatre in Baku.