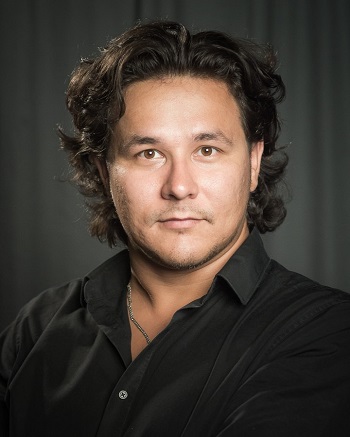 Marat Mukhametzianov who debuted as Count Tomsky and as Zlatogor in the famous Pastorale creates an attractive, multifaceted image, a kind of amiable merry fellow. His part sets several serious requirements, since it has two important solo numbers, a ballad and a little song; they were performed without strain and very confidently, the singer excelling in them with amazing vocalization.

Marat Mukhametzyanov graduated from the Moscow State University of Culture and Arts in 2013 (class of Professor Leonid Zimnenko).

In 2013–2015, he was a trainee at the Galina Vishnevskaya Opera Center (class of Professor Anatoly Loshak).

In 2016 Marat Mukhametzyanov debuted as Iago (Verdi’s Otello) with the State Academic Symphony Choir Chapel of Russia under the baton of Valery Polyansky.

Since August 2019 he has been a soloist of the Opera Company of the Primorsky Stage of the Mariinsky Theatre.