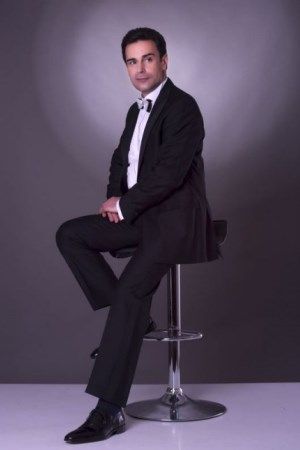 Dmitry Nelasov was born in Perm. In 1996 he graduated from the Ural State Conservatory having majored in academic singing under the tutelage of Professor Nikolai Golyshev. From 2000 to 2002 he completed post-graduate studies in the St Petersburg State Conservatory with Professor Irina Bogacheva. He perfected his vocal mastery under the direction of well-known teacher Giuseppe Sabbatini and Franco Pagliazzi (Italy). He took acting classes from the artist of the Tovstonogov Bolshoi Drama Theater, Andrei Tolubeev. From 1996 to 2010 he was a soloist of the Opera Company of the Mikhailovsky Theatre.

From 1996 as part of the theatre company and also with various groups Dmitry Nelasov participated in productions and concert tours of Japan, France, Poland, Germany, Italy, Finland, Sweden, Denmark and Norway. He is currently a guest soloist of the Opera Company of the St Petersburg Zazerkale Theatre (2003-2013) and The State Chamber Musical Theatre. He regularly performs in concerts in Russia and abroad.