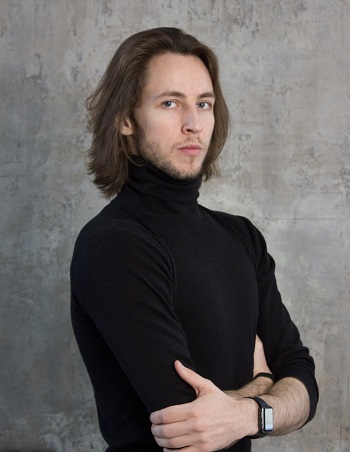 From 2014 he has been engaged by the Novosibirsk State Academic Opera and Ballet Theatre. He has toured with the Theatre Ballet to Saint Petersburg, Moscow (the Bolshoi Theatre), Budapest, Sevastopol (Chersonesus).

Since March 2020 he has been a soloist of the Ballet Company of the Primorsky Stage of the Mariinsky Theatre.