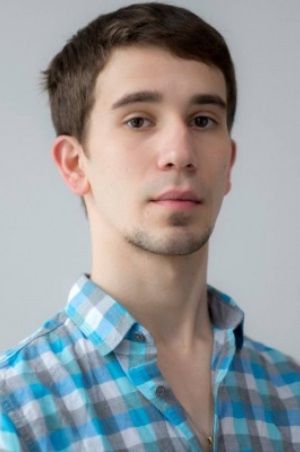 In 2005 he entered the Vaganova Academy of Russian Ballet (class of Yuri Naidich). In 2008 he transferred to the Novosibirsk State School of Dance (class of V. Bubnov). Continued to train at the Perm State College of Dance (2011, class of S. Chernyaev and V. Alikin, Honoured Worker of Culture of the Russian Federation).

In 2013 he graduated from the Krasnoyarsk State College of Dance (class of Ivan Karnaukhov).

Has appeared at the Mariinsky Theatre, the Hermitage Theatre and the Perm, Novosibirsk and Krasnoyarsk Opera and Ballet Theatres.