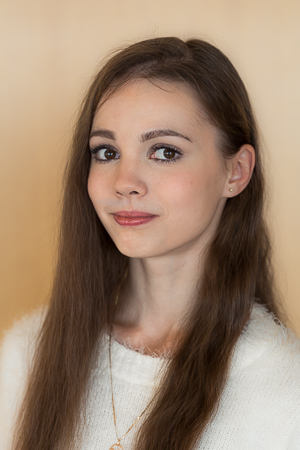 Yulia Lavrentieva was born in Omsk. In 2017 she graduated from the Novosibirsk State Choreographic College (class of Galina Vedenina and Galina Yudaeva). Also, she also attended master classes by Pyotr Silkin and classes by Irina Kudrina.

While still a student, she appeared in Lacotte’s ballet Paquita together with the Paris National Opera artists.

With the Novosibirsk Opera and Ballet Theatre she went on tour to the Golden Mask Competition in Moscow, performing in The Grand pas Paquita. In 2012 she appeared in the Opening of the Delphian Games (Novosibirsk).

Since July 2017, Yulia Lavrentieva has been a member of the Ballet Company of the Primorsky Stage of the Mariinsky Theatre.