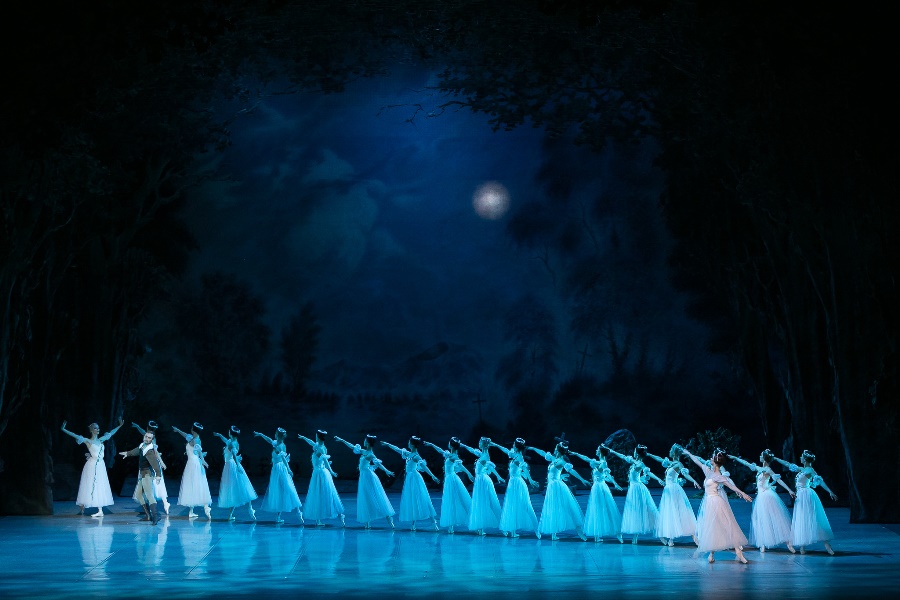 Giselle is one of the first and the most beautiful French romantic ballets. It is based on quite a popular story of that time – a story about an aristocrat deceiving a poor girl who dies and returns from heavens to her unfaithful lover as a mythical creature (a similar theme was used in Mermaid by Alexander Dargomyzhsky and Undine by Albert Lortzing). But Giselle gained its unfading fame not only due to the popular romantic motif of the two worlds, the way the authors implemented the idea was unique.

Giselle was brought to life by the famous Italian ballerina Carlotta Grisi. Even the story of making this ballet masterpiece is like a captivating novel. Teophile Gautier, a French poet, was bewitched by the beautiful Italian ballet dancer. Together with Henri Vernoy de Saint-Georges and Jean Coralli they wrote the libretto of Giselle. Adolf Adam who adored ballerinas created an incredibly exquisite and ethereal music score with dramatic themes portraying characters and a through-line development of the story. But the key figure of this artistic alliance was choreographer Jules Perrot. Being a student of the famous god of dance Auguste Vestris, Perrot coached young Carlotta Gisi and choreographed her part in the ballet. This role absorbed all new elements of a swiftly developing dance technique, reaching the highest levels of mastery. That’s why today this role is still a dream role for all prima-ballerinas.

In the Romanticism era the art of ballet was called an art of flying. Jules Perrot, taking the legendary elevation technique from his teacher Auguste Vestris, taught it to his gifted students Marie Taglioni Carlotta Grisi. It was then ballerinas got on pointes which allowed them to be more authentic in portraying mythical unearthly creatures.

The history of production of Giselle is also quite intriguing. The original version of the ballet that was triumphantly performed in the best theatres of that time, stayed in the Marrinsky repertoire due to Marius Petipa. It was Petipa who managed to preserve Perrot’s version inspired by Carlotta Grisi, he who worshipped female beauty on stage mounting the prima-ballerina in the chorus like a diamond. By the beginning of the twentieth century this version of the ballet was lost for France and then made its glorifying return to Paris with Anna Pavlova performing the leading role. Today Mariinsky Theatre’s Giselle is considered a model and sets a reference for other theatres.