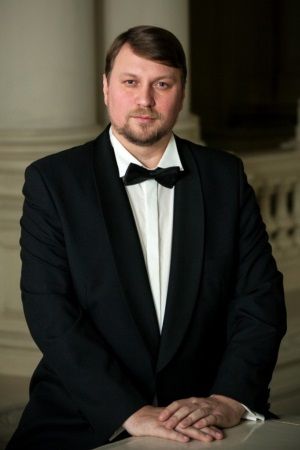 Alexander Diyanov appeared as the Pretender and sang perfectly. His voice was beautiful in the intonation and sonority, his manner was noble, his phrasing – natural.

In 2012 he graduated from the Nizhegorodsky State Conservatory where he studied with Professor Andrei Sedov.

From 2006 and 2007 he worked for the Penzensky Government Symphonic Kapella. From March 2008 to October 2010 he was a soloist of the Nizhegorodsky State Theatre of Opera and Ballet.

In 2009, together with the Nizhny Novgorod Conservatory and the Nizhegorodsky Philharmonic, he performed the part of Yury in a production of Tchaikovsky's opera The Enchantress, which was conducted by Alexander Skulsky.

From 2010 to 2015 he was a soloist of the Astrakhan State Theatre of Opera and Ballet.

He has given concerts in Russia and abroad as a soloist of the Penzensky Symphonic Kapella (2006–2007), in Astrakhan and the Astrakhan Region, in Nizhny Novgorod (2010), Makhachkala and Baku as a member of the opera company of the Astrakhan State Theatre of Opera and Ballet.