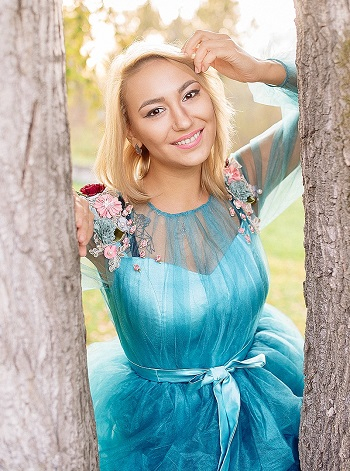 Born in Serov, Sverdlovsk Region, Ekaterina Fedotova completed her conservatory studies under Professor Irina Kotelnikova at the Perm State Institute of Culture in 2019.

In April 2017 she performed the part of Dunyasha in Rimsky-Korsakov’s The Tsar’s Bride at the Perm Opera and Ballet Theatre.

In July 2019 Ekaterina Fedotova performed the role of Nezhata in Rimsky-Korsakov’s Sadko at the Mariinsky Theatre. In August 2019 she performed the part of Marta in Tchaikovsky’s Iolanta under an international youth program in France.

Since June 2020 she has been a member of the Opera Company of the Primorsky Stage of the Mariinsky Theatre.