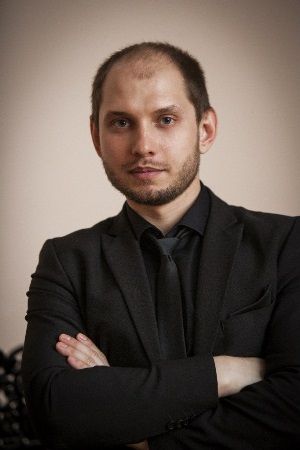 The excellent baritone Alexander Gontsa as noble Prince Yeletsky showed a hot, soft voice of an impressive timbre, and good articulation and perfect musicianship, which feasted our ears in the famous aria “I love you, love without measure.”

Alexander Gontsa was born in Minsk.

In 2007 he graduated from the vocal department of the Minsk College of Music where he studied with Adam Mursich. In the same year he entered the St Petersburg State Conservatory where he studied with Professor Irina Bogacheva. He has worked with such conductors as Andrei Anikhanov, Dmitry Khokhlov, Mikhail Tatarnikov, Viktor Bokman and Peter Feranets. He has participated in master classes with Galina Vishnevskaya, Dmitry Vdovin, Sergei Leiferkus, Mikhail Lansky, Tito Capobianco and Neil Shicoff.

The concert repertoire also includes the baritone part in the oratorio The Song of Kalashnikov by V. Pleshak, opera Iolanta (Robert) by P. Tchaikovsky.