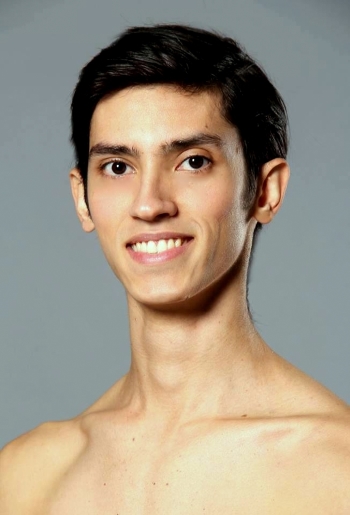 In 2012 he graduated from School of Bolshoi Theatre in Brazil Class of Dmitry Afanasiev.

In 2013 he joined the Studio Company of the Bolshoi Theatre in Brazil.

In 2014 joined the Corps de Ballet of the Joburg Theatre (Joburg Ballet) in Johannesburg, South Africa. He participated in Varna International Ballet Competition 2014.

In 2016 he became a Studio Company Member at Gelsey Kirkland Ballet (New York). Has been on tour to Brazil, South Africa, Bulgaria and USA.

In July 2018, he became a member of the Ballet Company of the Primorsky Stage of the Mariinsky Theatre.