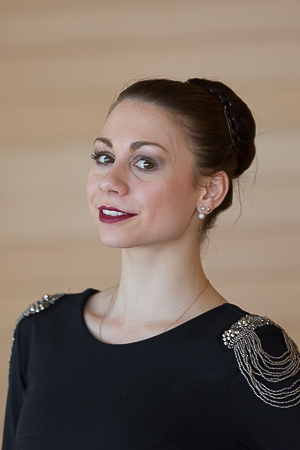 She started her training at the Ballet School of Teatro dell'Opera di Roma. In 2014 she graduated from the Choreographic School of the Moscow State Academy Theater of Dance Gzhel.

Since October 2016 she has been working at The Primorsky Stage of the Mariinsky Theatre.