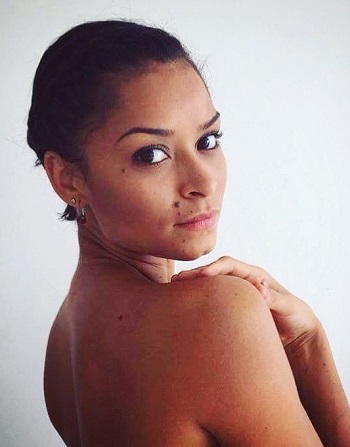 Caroline Machado was born in Teresina (Piaui, Brazil). In 2005-2012 she studied at the Bolshoi Theatre School in Joinville (Brazil). In 2013, she was hired by the Bolshoi Theatre School in Brazil. In 2014–2015 she worked with the Gelsey Kirkland Academy of Classical Ballet, directed by Gelsey Kirkland and Michael Chernov. Since August 2015, she has been hired as a dancer by the Municipal Theatre of Rio de Janeiro under the direction of Cecilia Kerche and Ana Botafogo.

Since August 2018 she has been a dancer of the ballet company of the Primorsky Stage of the Mariinsky Theatre.