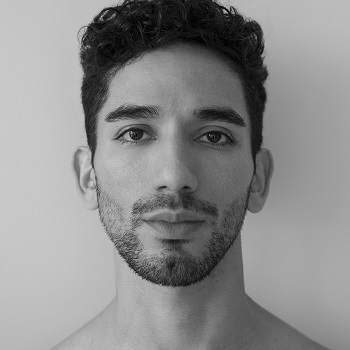 In 2010, he graduated from the Olga Parra School of classical dance in the city of Salta, Argentina.

In 2011, he became a fellow of the Julio Bocchi Foundation in the city of Buenos Aires, Argentina, with a degree in classical dance. In the same year, he completed dance courses at the Higher School of the Arts at the Theatre Colon in Buenos Aires.

In 2017 he graduated from the Moscow State Academy of Choreography. As part of the corps de ballet, he performed on the stage of the State Academic Bolshoi Theatre in such productions as Romeo and Juliet, Harlequinade, Gayane.

In 2017 to 2018, as a pre-professional trainee, he participated in the Barcelona Ballet Project.

Since July 2018, he has been employed with the Ballet Company of the Primorsky Stage of the Mariinsky Theatre.