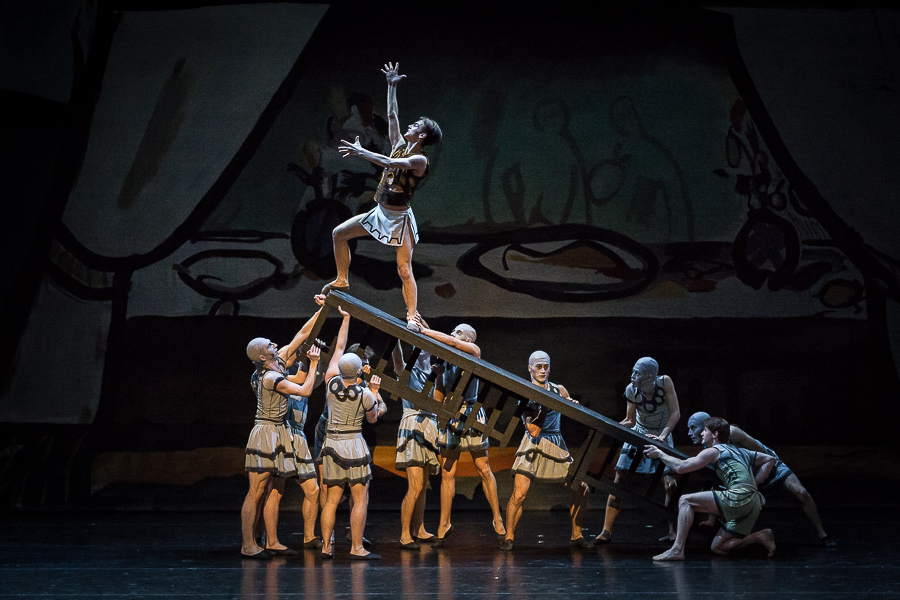 Prodigal Son was the last work Balanchine made for Diaghilev’s Ballets russes in 1929 with Serge Lifar in the role of the Prodigal Son; it was revived in 1950 by the New York City Ballet with Jerome Robbins in the title role. Its music by Prokofiev was written for the ballet, and its costumes and décor were created by Rouault, making it a perfect example of the collaborative efforts among artists that produced some of the best works of the Diaghilev era. New for a Diaghilev ballet was the Biblical theme and the religious spirit. In seeking eternal themes and turning to past artistic devices, western artists were trying to avoid the complete intellectual and artistic degeneration towards which their rootless experimentation was leading. Prodigal Son anticipated the trend toward religion of the 1930s and 40s. It was Diaghilev’s fate that he would always be ahead of fashion, even when he believed he had turned his back on vogue. The return of Prodigal Son to St Petersburg is of great significance. For the first time, a ballet of the most radical, late period of Diaghilev’s Saisons russes has returned to the stage of the Mariinsky Theatre. That period of Russian and world ballet has come home, which until recently was under artistic (avant-garde aesthetics of the late Diaghilev era) and ideological (use of religious motifs) censorship. With the return of Prodigal Son, the Mariinsky Theatre and its generation of young dancers have begun to restore an objective picture of the development of ballet in the 20th century.