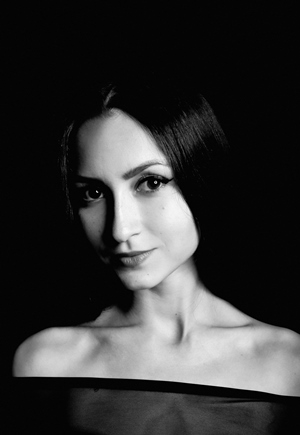 Elena Venchikova was born in the city of Armavir, Krasnodar Region. In 2010 she entered the Moscow Choreographic School at Gzhel Moscow State Academic Dance Theatre.

In 2014, she performed modern choreography of The Seagull and The Bony Lass by Elena Baryshnikova.

In 2016, she participated in The Theater Fairy Tales by Ilze Liepa with choreography by Elena Baryshnikova (The Golden Shoe, How the Skirt Fell in Love with Colet).

Elena participated in Svetlana Zakharova’s Svetlana festival in 2017. She took part in master classes at the International Ballet Festival Dance Open 2018. She has toured the United Arab Emirates, Qatar, India and Greece.

Since July 2018 she has been a member of the Ballet Company of the Primorsky Stage of the Mariinsky Theatre.